The Thief Who Stole Heaven 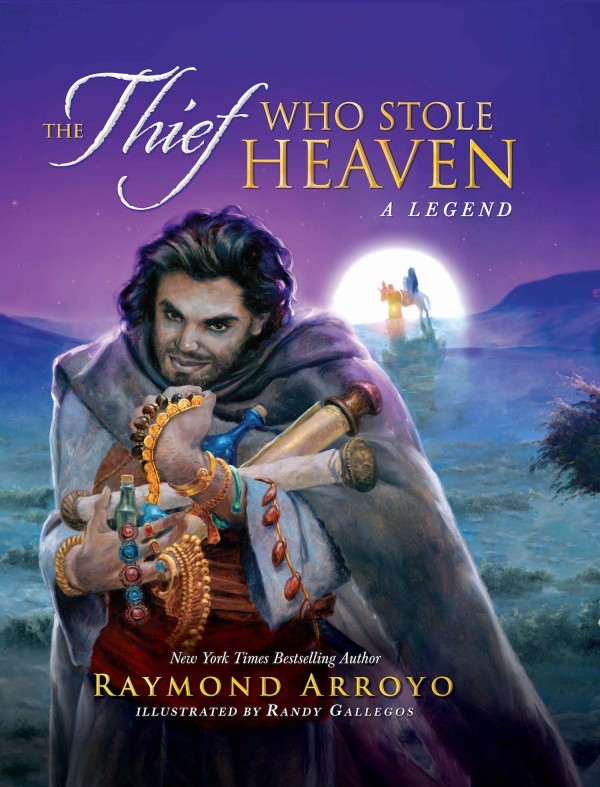 Award-winning TV personality Raymond Arroyo's evocative new book will take its place in the pantheon of classics for Christian children.

Majestically illustrated by Randy Gallegos, this inspiring story begins when the Holy Family is set upon by roadside thieves. Jesus is a young boy—and the lead bandit is the Bad Thief. His accomplice is a young man named Dismas, later the Good Thief.

Remembering his own mother and family, Dismas is moved with compassion and persuades the leader to let the Holy Family go. He does not change his ways, but while on the cross many years later, Dismas is caught in the entrancing gaze of the Blessed Mother from under his own cross. He suddenly realizes that the man suffering horribly next to him was the captivating boy on that fateful day long ago. He instantly asks Jesus for forgiveness—and knowing exactly who he is, Jesus forgives Dismas, assuring him of Paradise that very day!

“Wonder, in a child, is the beginning of worship,” said a children's book publisher nearly a century ago. Author Arroyo, in one of the most beautiful Gospel-based children's stories ever written, makes St. Luke's fleeting mention of the Good Thief come alive for children under nine in an electrifying and tender tale of the meaning of forgiveness as Jesus practices it—perfectly.Journalist and producer Raymond Arroyo moves easily between TV (EWTN, Fox News) and books (the author of two New York Times national best sellers). Now a recognized children's writer, the lead anchor for EWTN is projected soon to approach the one million mark in collective book sales.