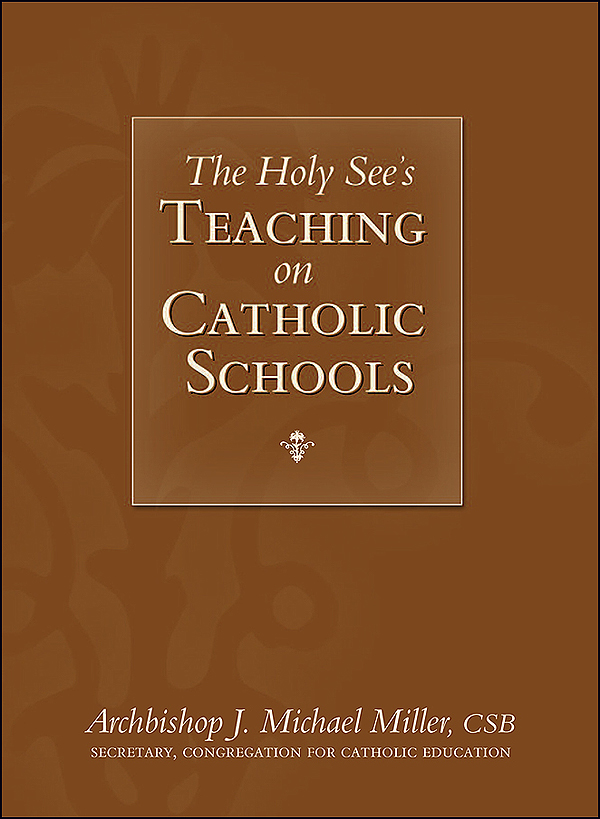 From the Vatican:
What our Catholic schools should be - and how to judge whether they are!

At a conference at Catholic University in the Fall of 2005, Archbishop J. Michael Miller, the man responsible for Catholic education around the world, distilled for his audience the Church's teachings on Catholic education. So well received were his remarks - and so important - that Solidarity Association, which sponsored the conference, asked Archbishop Miller to expand his themes into this small book.

Here, after a preliminary statistical look at the state of Catholic education in America, Archbishop Miller explains the Church's position on parental and governmental rights and obligations in education. Then he lists and explains the five marks of all good Catholic schools - marks which serve as standards by which to judge a school's Catholic identity and as goals for schools that seek to educate their students as the Church wants them to be educated.

This book is essential reading for all Catholics concerned about Catholic education.

Documents cited by Archbishop Miller include the five major documents published by the Congregation for Catholic Education since Vatican II: