A Man of God, A Mission of Love 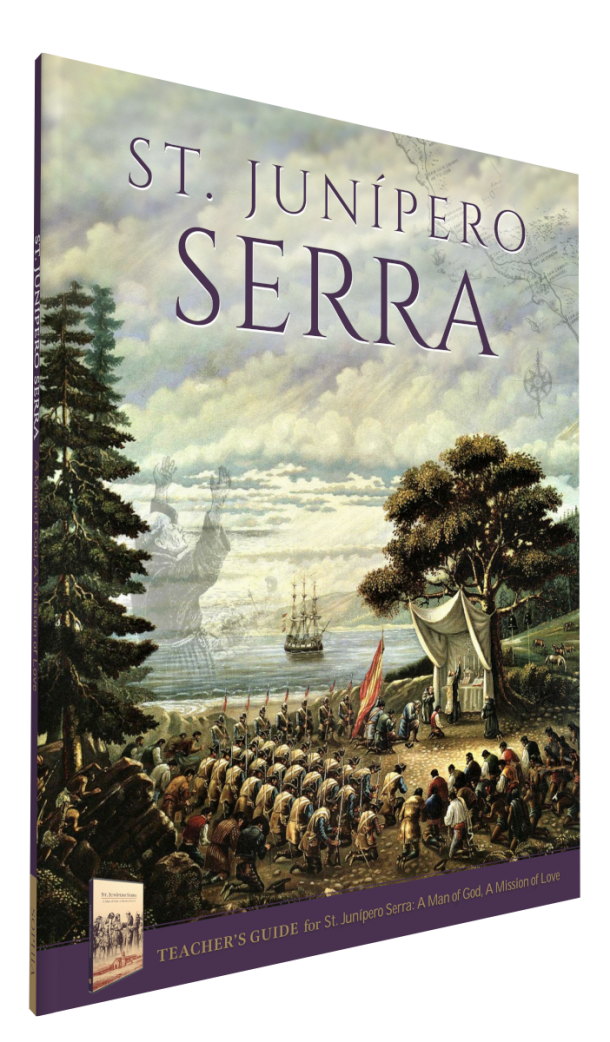 St. Junípero Serra: A Man of God, A Mission of Love tells the remarkable story of one of the most influential figures in U.S. history. Canonized in 2015 by Pope Francis, Father Junípero Serra was a courageous witness to the Catholic Faith and defender of human dignity. Learn how this humble Franciscan friar worked to protect Native Americans from the abuses of the Spanish colonial government and to win legal protections for Indigenous peoples. Known as “the Apostle of California,” he founded a series of missions that would eventually become many of the great cities in the Golden State. At a time when his legacy has been called into question, this film presents clear evidence that St. Junípero Serra’s heroic missionary activity was rooted in Christ’s commandments to love one’s neighbor and to share the Gospel with all nations.

Click here to receive a FREE electronic copy of this Teacher's Guide.

This Teacher's Guide contains 13 lessons to use with high school and middle school students. You may use each lesson to accompany a screening of the whole film, or a shorter section.

The Viewing Guide appendix contains fill-in-the-blank questions that students can answer as they watch the video, or afterwards. You may assign some, all, or none of these questions for each lesson. The Key Terms appendix provides basic definitions of vocabulary words important to lessons. The Historical Figures appendix provides short biographies of individuals important in the film and the story of St. Junípero.
Click here to receive a FREE electronic copy of this Teacher's Guide.